The period of Jim Crow was neither brief nor just a phase. It was how White Exceptionalism manifested itself between 1865 and 1964. Before that, it was called something else and afterwards new names have not yet stuck but it exists all the same. The Supreme Court has recently done what the Supreme Court has always done which is to weaken the rights of blacks and other minorities to preserve the power of white America despite its decreasing representation in the population. 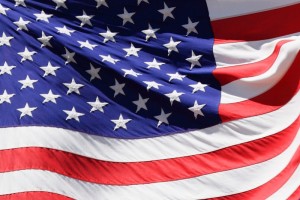 “As a southerner born after the epic events of the civil rights movement, I’ve always wondered how on earth people of good will could have conceivably lived with Jim Crow – with the daily degradations, the lynchings in plain sight, and, as the movement gathered force, with the fire hoses and the police dogs and the billy clubs”.  Jon Meacham

Jim Crow laws existed as a means to come as close to maintaining the status of blacks in America as slaves as could be done both legally, and outside the law. To be clear, Jim Crow has not been eliminated, it has merely adapted so as to be more palatable to the part of society that needs that system in place to maintain its own status. Michelle Alexander wrote a heavily acclaimed book, “The New Jim Crow” in which she describes how systemic are the policies destructive to black people.

The doors were initially opened when the Supreme Court found the Civil Rights Act of 1875 was not Constitutional. The act forbade discrimination in hotels, trains, and other public places. When it was struck down, it guaranteed discrimination could and would take place and the law would say nothing. The efforts of the current Roberts court to water down Civil Rights is but another cycle of white protectionism that the Court has always moved toward “with all deliberate speed” despite occasional lapses where it did the right thing.

Jim Crow did not begin immediately after the end of the Civil War. The end of slavery begat the Black Codes which begat Jim Crow which begat the current system which includes redistricting designed to maintain white strongholds, gerrymandering, mass incarceration and voter suppression. Throughout history as one system was outlawed it was replaced by one that accomplished as much of the same as before as it could, just sounding better. The Black Codes were simply revisions of the Slave Codes. Establishing protections for the masters and defining the lack of rights of the slaves. The Black Codes prohibited free black people from voting, compelled them to work for low wages. Black people could not bear arms and were sometimes prohibited from pursuing an education. The true intent of the Black Codes was to duplicate slavery and limit the influence of black people, particularly in areas where they were in the majority. The forces that during the war supported black people were the very enforcers of the “new” codes that maintained the old status quo. The U.S. Army enforced the rules and the Freedman’s Bureau helped implement them. The white agenda was to get the Southern economy jump started and to maintain the cheap labor that gave them an advantage in the first place. The war was all about slavery and the inherent economic advantages enjoyed by the South but was never about freeing the slaves.

The Republican Congress reacted to the Black Codes with the Civil Rights Act of 1866, ratification of the 14th Amendment and a Second Freedmen’s Bureau Bill. While blacks were still subject to all manner of persecution. There were also gains. During Reconstruction, blacks were elected to Congress and Mississippi sent a Senator to Washington as well. There was the hope of steady progress until The Compromise of 1877 which led to Federal troops withdrawing from the South. Southern states immediately began implementing new laws, designed to protect white interests by limiting black ones.

The period of Jim Crow was neither brief nor just a phase. It was how White Exceptionalism manifested itself between 1865 and 1964. Before that, it was called something else and afterwards new names have not yet stuck but it exists all the same. The Supreme Court has recently done what the Supreme Court has always done which is to weaken the rights of blacks and other minorities to preserve the power of white America despite its decreasing representation in the population.