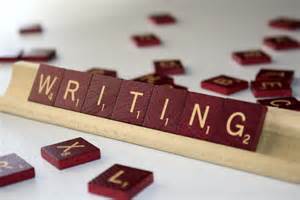 I will ultimately get to the point of answering the question, “How much do I owe my readers when I blog about topics like relationships and dating?” Let me first say that I’ve written a romance novel that I’m trying to get published that is quite different than what I normally write which is politics, history, family and more politics. I have a writing coach that has seen me through the arduous task of editing the book so she has come to know what I think and feel about a variety of subjects related to love and she has encouraged me to write more in that vein. When I say encourage I would like to say assign but that would be a little harsh, she invites me to consider that which she wants me to do. If I hesitate she temporarily lets the subject drop, knowing she’ll come back to it in a different way. She’s relentless.

She means it all for my good. She wants me to “build a fan base” and “have a platform” which will translate to people wanting to read everything I write and buy my book when it comes out so I see the logic. She “suggested,” I write a piece for the “Good Men Project” that she thought might serve me well. Having run out of excuses I agreed to look at the site and have something ready the next day so I came back with this:

“When You Don’t Know What You Want

Sometimes you know far more about what you don’t want in a relationship than what you do. I have a theory (you’ll find I have many theories) that people are somewhat defined by their greatest pain and that they will do much not to repeat that hurt. While not always perceived to be true, men can come out of failed relationships just as hurt and damaged as women, although pride may well keep them from saying so. These are some of the things men do after it’s over:

All of these men are capable of change although recognition of the need to do so may come slowly. If you are relying on your ability to change them or see them much differently than they actually are. There may be some self-examination required on your part. I submit that there is hope from a seemingly unlikely source; the man who doesn’t know what he wants.

The man who doesn’t know what he wants has achieved some level of enlightenment and is willing to consider the fact that none of us (including himself) is perfect and is willing not only to accept but perhaps find endearing some of the flaws you both possess. He is more likely to be honest than the man following a more proscribed agenda. He is more likely to value communication than he that is more goal oriented whether it be sleeping with a woman, marrying her, or putting another notch in his belt. To the man who has realized he doesn’t know what he wants I have a few suggestions:

So much about finding a partner is based on chance. We meet people and accept and reject sometimes in moments, based on the skimpiest of evidence. Should you meet someone that doesn’t know what they want, I submit they present a world of possibilities.” So don’t reject out of hand the man who doesn’t know what he wants. Instead, if interested, consider it the starting point of a conversation.”

Having given her the piece, I thought I was pretty much through and when she initially read it she liked it which theoretically meant I was off the hook. The first sign I wasn’t through was when she sent me a message requesting we “read thru the article”. Reading thru the work which is basically me reading aloud what I’ve written is a valuable editing tool because it’s easy to spot some of the grammatical errors and tricky sentences once you say them out loud. I am the “King of the run-on sentence” and I know the end result will be a better product. I also knew she wanted to suggest some changes which she will help me discover while I read.

Let me say that my writing coach is sometimes the worst writing coach in the world. If she calls and asks me what I’m doing and I reply, “I’m writing”. Most people would look at that as a sign that I’m busy and request a better time or make the conversation brief. I think the words, “I’m writing” is taken as a personal challenge to extend the conversation as long as possible and keep me from engaging in the activity she’s supposed to be supporting.  Other times however, her ability to deconstruct a piece and see what’s missing is amazing and I know that my novel is ten times the work it was when I initially sent her what I initially wrote. The bottom line was that she said for me to write a piece like that in this particular forum, I needed to basically pour out my soul. She wanted to speak of my personal experiences and relationships and what I’ve learned, what mistakes I’ve made and what I would do differently. I tried to explain that, “this is why I write fiction”. I choose to draw on all my experiences to make complex characters that are realistic. If one wants to surmise that those are my specific experiences they are welcome to infer but I still have maintained some semblance of privacy.

She told me that I was welcome to make any choice I wanted but if I wrote for that forum I owed the readers more of myself. As you can see I chose to publish this piece in my own Blog and save the Good Men Project or other similar publications for another time. Perhaps someday I’ll write about me instead of stuff, but for now, I dole it out a bit at a time. I am after all named Enigma!

For anyone who wants to contact the worst writing coach in the world (except when she’s the best). She’s Babz Rawls Ivy at mediababz@gmail.com