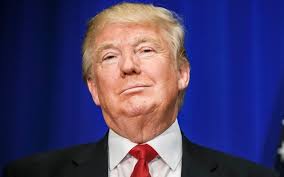 The Media is working overtime to justify Donald Trump. During the General Election campaign, Trump was praised for every instance where he appeared calm for more than two days in a row. He was rewarded for reading someone else’s words from a teleprompter instead of revealing his own.

Now he’s the President-Elect and making real decisions. One of his first was Steve Bannon; White Nationalist, Anti-Semite, racist. One of his next was Jeff Sessions; Segregationist, White Supremacist, vote suppressor.

With each new Cabinet pick or candidate. They tell us how normal these choices are which show he’s not so bad after all. He picks an Indian-American female Governor for Ambassador to the UN and look… diversity. She’s uniquely unqualified for the position and Trump’s friend the South Carolina Lt. Governor gets a promotion. Dr. Ben Carson is his alleged choice to run the Dept. Of Housing & Urban Development. Of all the things (and there are few) that Ben Carson might be able to do well in a Government position. Running a bureaucracy is not one of them. In his own defense he said, “I grew up in the inner-city.”

For all the distractions that surround Trump including those he generates. He can never get past Bannon & Sessions no matter who else he appoints or whatever he does. Ever! Without even considering his own racist history. He’s brought on a White Nationalist to be his personal Trump Whisperer and put the man most likely to dismantle Civil Rights in charge of the Justice Department.

He is not nor will he be a “President for all Americans.” We can be thankful at least that he’s left no doubt. While he goes about his business of “Making America Great Again.” It will be at the expense of those Americans who don’t look like him. Despite the media’s desire to curry Presidential favor, the people know who Trump is. He’s made it quite clear.

2 thoughts on “Nothing Has Changed!”