While President Trump was hosting Presidents of HBCUs. Jeff Sessions was about the work of taking away voting rights. Separately signaling to police forces to return to the good old days because the Federal Government is no longer watching and doesn’t care. Trump wants us talking about Kellyanne Conway with her feet on the Oval Office couch and her legs open because we will miss what his Attorney General was doing.

Sessions and the Justice Department officially reversed their position in the suit against the State of Texas, responding to their new law suppressing  votes. After six years of litigation, the government is abandoning its position that Texas lawmakers intentionally discriminated against minorities. When the Supreme Court gutted the Voter Rights Act. Then Senator Sessions said, “Good new I think, for the South.” The lawsuit will continue without the Justice Department’s participation. 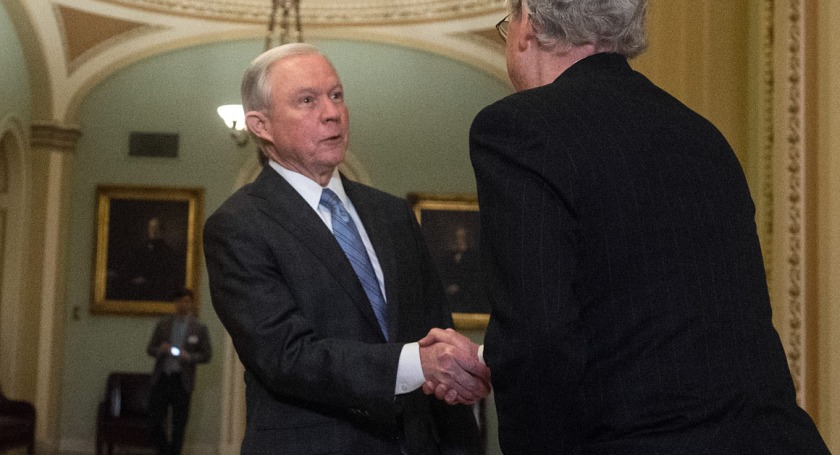 Not content with fighting against minorities at the ballot box. Sessions told a group of State Attorney Generals the Federal Government would be pulling back from suing them for patterns of discrimination. After giving lip service to “of course” wanting police officers to “do the right thing.” He made sure they knew they need not fear the Justice Department lurking over their shoulders. Translated: When the police violate the civil rights of anyone, the Fed no longer cares. Sessions indicated the need to work with and support local police departments.

Jeff Sessions and his boss Donald Trump are exactly who we thought they were. Don’t get distracted by Trump’s promise of support for HBCUs. His list of meaningless promises and even broken contracts is nearly endless. He was merely holding up a shiny ball so we can look the other way while he gouges our rights and reduces our safety.

One thought on “While We Weren’t Looking”