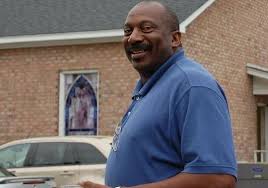 Bernard Bailey is the 7th leading all time scorer in the history of Tennessee State University (TSU) basketball. I recognize five of the six players ahead of him. Some by reputation, others I had the chance to know and play with or against. The leading scorer, Dick Barnett played 12 seasons in the NBA. Nine with the New York Knicks. The last time the Knicks won an NBA Championship. Dick Barnett with his “fall back baby” jump shot was there.

Ted “Hound” McClain played several years with the NBA and ABA before the merger. He was a close friend of my Fisk University assistant basketball coach Kindell Stephens. I knew Ted when he was with the ABA Kentucky Colonels. When he was in Nashville, he often stopped by Fisk and sometimes participated in pick-up games during the off season.

Leonard “Truck” Robinson, 3rd on the list, was a senior at TSU when I was a freshman at Fisk. I’d seen him play in the Vanderbilt Invitational Tournament but never played against him until we met in the NCAA Division II Regional Semi-finals. The game was legendary in local circles. Although both Fisk and TSU both had excellent teams and were a mile apart on Jefferson St. The teams almost never played each other. It’s one of those games that people “remember being there.” Far more than the 5,400 people that could actually fit in Kean’s Little Garden where TSU hosted the game. Although I played a pivotal role in our victory the night before against James Madison. Against TSU, despite hearing from people that I “dropped 20-30 points” against Truck Robinson. I had a more modest 7 points and 3 rebounds. Fisk won a close game where we pulled away at the end, 65-54. Truck Robinson who was averaging 25 points scored 15 points with 14 rebounds.  Fortunately, Fisk had three players score in double figures (Hastings, Gold, and Lee), and victory was ours.

The following year, the teams did not meet. Truck Robinson was replaced at center by heavily recruited Bernard Bailey from South Carolina. Because I typically read the sports pages daily (looking for my own name). I was aware of Bailey’s success. It was the following summer when a few Fisk players drove the mile to the TSU gym to participate in some pick-up games. We walked in the gym with a little swagger, our last visit ending in a major victory. Teams were chosen, I remember being guarded by Forward Joe Webb during the first game but by the second game I was matched up with my physical counterpart, Center Bernard Bailey.

I was at the time 6’6″ and about 225 lbs. Bailey I remember as being 6’7″ and a little stockier. Basketball is a physical game and there was a lot of contact. After a hour or so of bumping, shoving, and elbowing. I found that Bernard was strong, assertive on the basketball court, and extremely likeable. During his TSU career he amassed 1,700 points, was in the top ten all-time in several offensive categories and rebounding. It was the only time I ever met Bernard Bailey but I’ll always remember him. Had we spent more time together we would have been friends. I learned today that Bernard Bailey is dead. 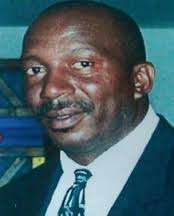 Bernard was born in small Eutawville, SC., population 344. He was a lifelong member of the Springfield Missionary Baptist Church. It was there his final services were held and he was buried in the church cemetery. He didn’t die within the past few days. It was on May 2, 2011 that Bernard, unarmed, was killed by the Eutawville Police Chief, Richard Combs.

When you think of Eutawville… think of Andy Griffith’s Mayberry. Their police force is a bit larger than that of Andy and Barney. They have two police dogs, Max and Rocky. I imagine in a town of 344 most people know each other. The incident that led to his death started a few days earlier when his daughter Briana was stopped by Richard Combs for a tag light violation. Briana called her father to the scene and Combs and Bailey got into an argument. It is reported that while not cursing, Bailey was loud and “disrespectful.” Apparently Combs didn’t handle disrespect very well. Combs returned to his office and had an “obstruction of justice warrant” drawn up against Bailey which he didn’t immediately serve and of which Bernard was unaware.

On May 2, 2011, Bernard Bailey went to the courthouse to talk to Combs about the initial citation when Combs tried to arrest him on the warrant. Bailey said, “You’ve got to be kidding me,” and left. Bailey got into his truck as Combs chased him. Combs entered the still open door as Bailey began backing out of the parking lot. Combs shot him three times. Twice in the chest and once in the shoulder.

Combs was tried twice for murder, each resulting in a hung jury and a mistrial. He claimed self-defense under South Carolina’s, “Stand Your Ground Law.” Instead of pursuing a third trial. Combs plead guilty to a misconduct change and was sentenced to ten years in prison which was reduced to five years of probation and one year of house arrest. He never spent one night in jail. The City of Eutawville settled separately with the family for $400,000 in a wrongful death suit. Combs lost his position with the police force. Bernard Bailey lost his life.

When names were being said of Black unarmed victims killed by police officers. I missed Bernard Bailey’s at the time. I’m angry about “Stand Your Ground” which always seems selective in nature. I’m annoyed at all the people claiming, “race wasn’t a factor,” when the whole disrespect motivation seems to be all about race. I’m saddened that someone who literally looked like me in size, skin tone and age is dead and received no justice. Most of all there’s a sense of loss. Of a friendship that could have been. A family’s loss of a husband and father. Of fairness and justice. This event was almost six years ago and I just found out. The pain is no less now than it would have been then. The cumulative grief from events like these is building. Where does it end?

4 thoughts on “When We Said Their Names… I Missed One”