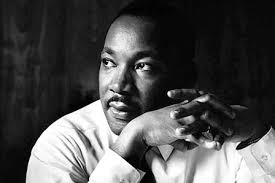 One day when I was twelve, I was playing basketball in the alley that divided my block at my white friend Mark’s house. Mark had a backboard nailed to his garage which served as one of the two “basketball courts” on our block. There were four of us playing that day; Mark, Lyle, Angelo and myself.

I’d already had eaten and generally wouldn’t be required to come back home before the street lights came on which was the universal sign to get inside. During the middle of the game, I noticed my mother walking rapidly towards us and she called my name. She had never interrupted one of our games before. While I’d often seen her walk around the block after a meal, I’d never seen the fast pace before with which she neared.

She yelled for me to, “Come home right now” which immediately made me wonder what I might have done wrong. I was a good student and generally thought of at that time as a “teacher’s pet” although that reputation would change in later years. When I met her half-way, she simply said, “We have to get home right now!”  I followed her silently, easily keeping up but still having to stride quickly to maintain the pace. We passed thru the back gate and entered the back door which she locked behind us.

Instead of letting me know what I did wrong she simply walked thru the kitchen and dining room and sat on the living room sofa facing the TV. She put her hands in her head and quietly sobbed.