Slaveowner, Francis Scott Key writes The Star-Spangled Banner. He believed blacks to be “a distinct and inferior race” and “the greatest evil that afflicts a community.” The third verse celebrates the death of slaves.

The House of Representatives agrees to the Talmadge Agreement barring slaves from Missouri, this led to the Missouri Compromise admitting them.

The Missouri Compromise allowed Missouri to enter the Union as a Slave state.

At Monticello, VA. 130 former slaves and other possessions of Thomas Jefferson were sold at auction.

In Cincinnati, OH, rioters attack blacks and white abolitionists for fear blacks would take their jobs.

Texas enters the Union as a slave state 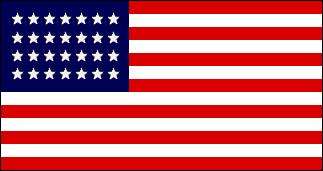 The State of Missouri prohibits freed slaves from receiving an education. 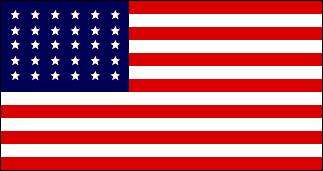 Under this flag, the Supreme Court overturned the Missouri Compromise and opened up slavery to all the territories.

The Supreme Court in the Dred Scott Case ruled a black man had no rights. 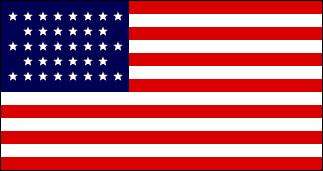 The “black codes” are passed in all Southern legislatures in the former Confederate States. Slavery by another name.

Reconstruction ends when the Federal Government withdraws all Federal troops from the South under a compromise over the Presidential election. It Made Southern Legislatures White Again. 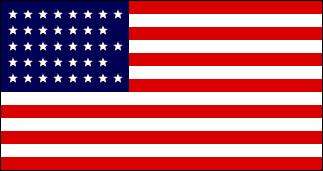 Jim Crow becomes the law of the land in the South 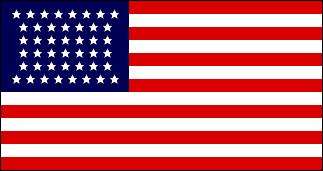 Eight blacks were killed by whites in Wilmington, NC

Three days before his trial, Mack Charles Parker is beaten to death in his jail cell for allegedly raping a white woman.