She was asked to appear, when she did she spoke about his unwanted advances, his predilection for pornography and his love of the character, “Long Dong Silver.” He enjoyed scenes of women with animals, and rape scenes. He bragged about his own sexual prowess. He inquired to a group of workers, “Who put a pubic hair on my Coke can?”

On December 14, 2017, Joe Biden said, “I wish I had been able to do more for Anita Hill, I owe her an apology.” He was referring to the 1991 Senate Confirmation Hearings for Clarence Thomas who’d been nominated by George H.W. Bush for the Supreme Court.

Anita Hill had appeared as a witness in the nationally televised hearing, saying she’d been sexually harassed by Thomas when he was her supervisor at the Department of Education. In 1991, the President was a Republican but Democrats controlled the Senate. Joe Biden of Delaware was the Chairman of the Committee.

Biden had never directly apologized to Hill before. He’d indicated he was sorry about the composition of the all-male panel that sat in judgment of her testimony. He claims he later supported campaigns of two women who ran for the Senate, in hopes we wouldn’t see that spectacle again. He’d said, “My one regret is that I wasn’t able to tone down the attacks on her by some of my Republican friends.” He also said, “As much as I tried to intervene, I did not have the power to gavel them out of order.” It took 26 years for Joe to acknowledge he owed an apology to Anita Hill, and I’m afraid it fell short. 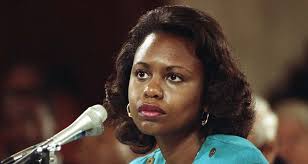 The women that came forward recently to accuse Roy Moore of sexual harassment and in one case pedophilia, were right in thinking they would not have been believed 40 years ago. Not only was Anita Hill not believed by those who judged her testimony, it set a tone that women would not be believed, better to suffer silently and move on. There was a “high-tech lynching” during that hearing, not the one Clarence Thomas famously claimed but of Anita Hill, and Joe Biden allowed it.

Thomas testified first, and in what may have been the first usage of a Republican using the race card, set the tone that any attacks on him were because he was black. During the alternating questioning by Republicans and Democrats, the Republicans praised Thomas and when her turn came they buried Hill. Democrats were too passive to challenge Thomas credibility lest they be seen as attacking the poor black man. They stood idly by including Chairman Biden while they attacked Anita’s character and motives. She was, “a woman scorned.” She’d followed him from the Education Department to the EEOC, rather like the actresses who worked on more than one Harvey Weinstein film. She was allegedly upset because another woman had been promoted in her stead at the EEOC.

It may have been lost that Anita Hill didn’t volunteer to testify. NPR’s Nina Totenberg leaked a Judiciary Committee/FBI report which included Hill’s charges. She was asked to appear, when she did she spoke about his unwanted advances, his predilection for pornography and his love of the character, “Long Dong Silver.” He enjoyed scenes of women with animals, and rape scenes. He bragged about his own sexual prowess. He inquired to a group of workers, “Who put a pubic hair on my Coke can?”

There were witnesses who could have backed up Anita Hill’s claims. Angela Wright told Senate Judiciary Committee staff that Thomas, “often asked her for dates and asked about the size of my breasts.” He often discussed the anatomy of other women. He later claimed dissatisfaction with her work and fired her. Rose Jourdain backed up Wright’s comments and told of how Wright came to her office in tears after a discussion with Thomas. Sukari Hardnett said, “if you were young, black, female, reasonably attractive, and worked directly for Clarence Thomas, you knew full well you were being inspected and auditioned as a female.” 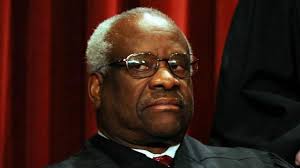 None of these women testified before Congress. Biden says it was their choice and he had all three sign statements saying they chose not to testify. There is some dispute as to whether Biden coerced them not to testify or simply didn’t call them wanting to end the hearing. There is no dispute that each watched what Anita Hill had been subjected to while Biden did nothing.

Earlier when Thomas testified, he said, “This is not an opportunity to talk about difficult matters privately or in a closed environment. This is a circus. It’s a national disgrace. And from my standpoint, as a black American, it is a high-tech lynching for uppity blacks who in any way deign to think for themselves, to do for themselves, to have different ideas, and it is a message that unless you kowtow to an old order, this is what will happen to you. You will be lynched, destroyed, caricatured by a committee of the U.S. Senate rather than hung from a tree.” I submit it was Hill that was the victim there.

Joe Biden has gone on to do several things in support of women’s causes. He drafted the Violence Against Women Act of 1994 and began the, “It’s on Us.” Campaign while Vice-President to target sexual assaults on college campuses. In 1991, Joe was making a national name for himself in Politics and even then, aspired to one day be President. His name was already in those types of conversations. At best he didn’t believe Anita Hill as he allowed her to be thrown to the wolves during the Senate hearing. At worst, he believed her, and it didn’t matter, then making a political judgment as to his best interests while sacrificing not only Anita Hill but generations of women who saw the public example of what happens when you speak out. Joe’s apology to Anita Hill is not only long overdue, it’s woefully insufficient.

In response to one of Joe’s earlier half-hearted general apologies. Anita Hill said, “I still don’t think it takes ownership of his role in what happened. And he also doesn’t understand that it wasn’t just that I felt it was not fair. It was that women were looking to the Senate Judiciary Committee and his leadership to really open the way to have these kinds of hearings. They should have been using best practices to show leadership on this issue on behalf of women’s equality. And they did just the opposite.”