Instead of the rats deserting the sinking ship, they appear to be circling the President, waiting to bite a vulnerable spot. It was ironic that Trump recently tweeted about Richard Nixon’s lawyer John Dean being “a rat” for his Watergate testimony that brought Nixon down. It was recently revealed that Don McGahn who serves in the same position John Dean did, White House Counsel, has given 30 hours of testimony to lawyers representing Special Counsel Robert Mueller.

Michael Cohen, Trump’s former personal attorney of almost two decades is at this moment entering a guilty plea a plea deal on charges of tax and bank fraud which will result in him cooperating with Federal investigators. This is the man who was negotiating with Russians to build Trump Tower Moscow, during the 2016 Presidential election campaign. He also was found to have made tapes of the President and others without their consent, some describing events like arranging to pay off a Playboy Playmate who accused Trump of having a year-long affair with her.

Reality star Omarosa has written a book making multiple claims about Trump, for which she has provided receipts in the form of audio tapes with as many as 200 more possibly to come including some with video. It’s hard to imagine her skulking around the White House with spy gear taping people but she’s already successfully taped John Kelly in the situation room so all bets are off. 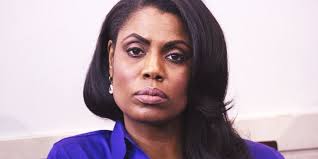 Others who have already testified before one of the Special Counsel’s grand juries or FBI investigators include former communications directors Hope Hicks and Sean Spicer. Former NSA Director Michael Flynn, Steve Bannon, George Papadoupolos, Carter Page, and more. The biggest rats might be those who have not yet been before the grand jury because they themselves are targets; Donald Trump Jr, Jared Kushner, Ivanka Trump, Mike Pence and Roger Stone. Who among them is willing to go to jail and sacrifice themselves for this President? 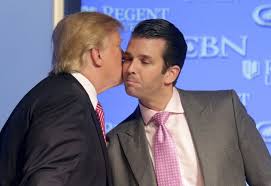 During Watergate, the question of the day was, “Who is Deep Throat?” The whistleblower who pointed the press in the right direction. In the Trump era, one needs a scorecard to keep track of all the people ratting out Trump both publicly and privately. Trump himself is in a panic and truly looks like a man with no way out. In reality, he actually has two… resignation or jail. If he waits too long, it may only be jail, we will see!

8 thoughts on “Trump: Surrounded By Rats!”