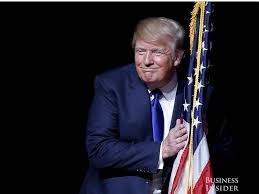 If unwell meant the same thing as totally insane then the title might be true. My question is, how sane are the people who continually praise Trump despite his being totally distanced from reality? While he holds the most important job in the world.

I’d make the point by point case that Donald Trump is at best deranged. But by now everyone already realizes it and we need to move right ahead to solutions. Unfortunately, there are enough appeasers, enablers, and those complicit who have reasons of their own for propping up Trump while hanging onto his coattails.

Mike Pence ought to be in the position to know best, but spends all his time praising Trump in hopes of inheriting the office. Perhaps Paul Ryan hopes Pence gets indicted as well and the Presidency will fall to him because of the line of succession? Mitch McConnell has taken enough Russian money on his own to want to shut down any investigations. Devin Nunes in the House has already sabotaged his own committee’s investigation (while recused) and had formed a Republican hit squad to go after the FBI. They all do their part in supporting an insane President because when the House of Cards falls, they’re all going down.

And what about your neighbors, the 53% of white women that voted for Trump (68% of them in Alabama voted for Roy Moore). Should the movement be renamed to #ImWithHerExceptForThem? Each of them has over a dozen accusers, calling them out for sexual harassment, sexual assault, in some cases pedophilia and in one case rape of a 13-year-old (that would be the one serving as President).

What about the Evangelical Christians who now praise perhaps the most immoral man to ever hold any office. He can’t pronounce the books of the bible let alone understand what’s in them. He’s saying some of the things you like (while doing many you don’t) yet you willingly walk two paces behind. Knowing he’ll sell you out for thirty pieces of silver in a heartbeat. 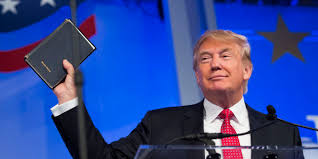 Even if he weren’t crazy he’s certainly stupid. Among the things he’s not familiar with is the Constitution, Civil Rights, a map of the world, spelling, truthfulness, and common courtesy. The only thing he knows for sure is that if President Obama was for it he’s against it.

So, to all the people that started out as earnest Trump supporters for whatever reason. Maybe you liked his Supreme Court list (provided by the Heritage Foundation)? Maybe you are just as xenophobic and anti-immigrant as Trump and Jeff Sessions? Maybe you’re a misogynist as well and like the way he works it? Maybe you hated Hillary with all your heart and thought anyone else would be better? Maybe you really wanted to see what bust would look like or thought you really had nothing to lose?

It’s time to put aside all your petty selfish reasons and think of the good of the nation. None of those reasons is more important than the fact he’s batshit crazy and has the ability to take us to war at any minute. We’re already on the brink of war with North Korea because of his idiotic tweets. He wants to undo the Iran Nuclear Deal, Russia is upset they aren’t getting the return on their investment, on odd numbered days he’s going after China. He’s threatened Venezuela and insulted France, Germany, Australia, Mexico, and the United Kingdom. People are literally afraid of what might happen if Barack and Michelle are invited to the Royal Wedding while he’s not. And he may have already started a new Mideast War by announcing the move of the U.S. Embassy to Jerusalem. This is not a stable man.

If by chance he’s able to forestall the Mueller investigation past the 2018 Midterm Elections. It’s the responsibility of We the People to replace the House Members and those Senators up for re-election that would stand in the way of his Impeachment. The time has come because we all know he’s more than a little unwell. Donald Trump is flat out crazy.