“Sessions is hanging on with his fans in the Senate, right wing media and the Klan urging him to hang on.” 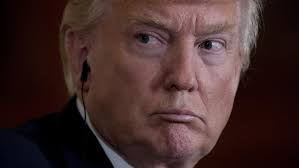 Trump went after Sessions in an all-out attack from all sides. He blistered him on Twitter, in interviews and even during a press conference with a foreign leader. He tried to force him into submission but Sessions is hanging on with his fans in the Senate, right wing media and the Klan urging him to hang on. Only the bell saved him from the Trump choke hold but Trump is glaring at him from across the ring as round two is ready to begin.

Newcomer Anthony Scaramucci (The Mooch) used a sneak attack on Reince Priebus, Steve Bannon and all leakers who he’s promised to root out, even if he has to fire everybody and start fresh. He called Reince, “a fucking paranoid schizophrenic, a paranoiac.” He promised to refer Priebus to the FBI on felony charges. He said, “I’m not Steve Bannon, I’m not trying to suck my own cock.” About the leakers he said, “What I want to do is kill all the fucking leakers and I want to get the President’s agenda on track so we can succeed for the American people.

In other action, Jared has thrown Donald Trump, Jr under the bus. Bannon is waiting to take on the winner of that match. Kellyanne is shouting something but no one is listening and Ivanka missed the first round because she was consulting a criminal attorney. Tillerson, the former National Chairman of the Boy Scouts of America is fuming about Trump’s recent Jamboree speech but hasn’t entered the ring. Mattis is equally upset about Trump’s kicking Transgendered people out of the military by Tweet although none of the Armed Services are obeying the President. Round Two is scheduled to begin with a series of Trump tweets at 6:30 AM Eastern

Update: In a viscous knockout, Scaramucci kicks Priebus to the curb and he’s replaced by Gen. Kelly, formerly of Homeland Security. Priebus was still on Air Force One with Trump when he tweeted out the decision.