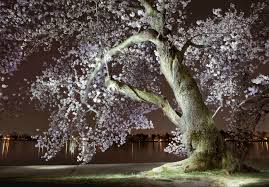 There is a myth when George Washington was six-years-old he received a gift of a hatchet from his father. Trying out his new hatchet, he chopped on and severely damaged a cherry tree on the plantation. George’s father confronted him and George said, “Father I cannot tell a lie, I did cut it with my hatchet!” George’s father embraced him, George’s honesty being worth far more than the tree. Can you imagine if Donald Trump cut down a cherry tree? 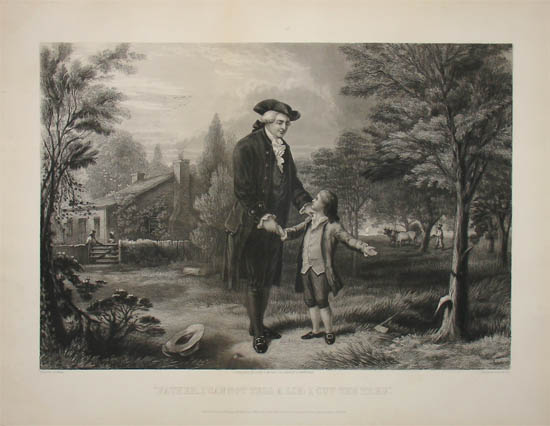 “I see the cherry tree has been cut down, Did you do it?”

“Why no father, it wasn’t me! A lot of people say it was a slave! I saw hundreds of slaves in New Jersey cheering when the tree fell.”

“You know we’re in Virginia George?”

“Where is your hatchet?”

“You gave your hatchet to a slave… why?

“I’ve got some private investigators looking for him and they’re reporting back unbelievable things.”

“Are you sure you’re telling the truth, Donald?”

“Somebody cut down the tree and I’m going to get to the bottom of it. Who do you think did it?”

“George, we’re all second and third generation, illegal immigrants, except the Indians.”

“I’ll be issuing a press conference probably by next Wednesday and you won’t believe the things I’m finding out about the tree.”

“Can’t you tell me now George, I can’t be late to the Klan meeting anymore this month, we have bylaws.”

“Enjoy your meeting father, I’m all over this tree thing… bigly!”