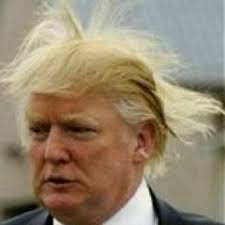 Donald Trump has had some bad days. Protests at his inauguration, The Women’s March, and others across the nation. The times he and his surrogates have been caught in flagrant lies. The mocking of him on SNL. His failures to implement his Muslim Ban. Today I think was his worst ever:

#Note: The day is early and Trump can certainly add to his horrible, horrible day!