Within hours of his blasphemous use of two bibles. He delayed a Federal lawsuit against the State of Texas for its unconstitutional Voter Suppression; implemented the day after the gutting of the Voter Rights Act. The Whitehouse.gov website got rid of its pages dedicated to Civil Rights, Climate Change, LGBT and Native Americans. In other words screw you, you, and you too! His “America First” never meant all Americans. Just those that Trump and Bannon approve of.

His first day actions highlight how meaningful his Cabinet choices are. Sessions who has opposed Civil Rights and supports Voter Suppression. DeVos for has bought her way into a position where she can put her imprint on America’s education system. Putting Charter Schools with no accountability ahead of Public Schools that will be the only option available to you, you and you. Tillerson who has always put his company’s interests ahead of the nations. Despite his campaign statements, Trump hasn’t issued a single tweet on behalf of Planned Parenthood that is the only proximate health care available to many of you, you and you.

There are investigations underway by the entirety of our intelligence operations to determine what role Russia had in our recent election. As we speak they are following up on intercepted communications and tracing the money trail from Russia to the United States. We know Trump people changed language in the Republican Platform at their National Convention favorable to Ukraine and Russia. We still don’t know how or who. 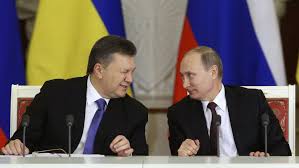 Trump in ascending to the Presidency made no effort to be the President for all America. I won’t pretend that this is not a dark day in America. Transposed against the departure of the hope and grace that was Obama. We are greeted by the crude, misogynist, nationalist and xenophobic Trump.

In spite of the reality that Trump will never suddenly become anything better. He’s still the son of a Klansman. He marked “C” on rental applications to deny “colored” applicants. He took out a full page ad exhorting the death of the Central Park Five later found to be innocent. He currently supports Stop & Frisk in inner-city communities. Even knowing all that to be true and that a white-nationalist racist is Trump’s chief advisor. Joy still cometh in the morning.

I am reminded that as dark as today is. We’ve had dark days before. In 1857, the “Dred Scott” decision had the Supreme Court said that African-Americans whether free or slave were not American citizens. In 1877, politicians gathered in a smoke filled room to negotiate the winner of the Presidency for one party in return for the removal of Federal troops from the South after the Civil War, effectively ending reconstruction. In 1896, the Supreme Court decided Plessy vs. Ferguson upholding “separate but equal” and state’s right to discriminate. 2010 gave us Citizen’s United and in 2013 the Voter Rights Act enforcement powers were decimated. Even some sunny days were partially cloudy like the clear win of Brown vs. The Board of Education in 1954 being tempered by its implementation “with all deliberate speed” delaying progress for decades. 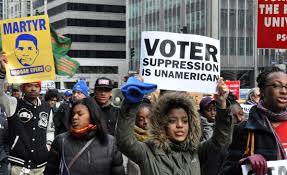 My point in bringing up all these dark days is that joy indeed cometh in the morning. The arc of the moral universe does bend towards justice but has no respect for complacency. We, and when I say we I still mean you, you and you; must continue to fight for justice. And when we stay focused and don’t get distracted by every shiny object, bad day or tweet. That joy will come. The only variable is what morning not will it arrive.

The best thing about Donald Trump is that he is a clarifying force. He has made the situation perfectly clear. It’s now time for you, you and you to decide what path to take to resist, not whether. The President of the United States has limited power unless unchallenged. We cannot count on the Republican Congress to be that challenge. It must be you… and you… and you! And when you do. It will be then that joy cometh.