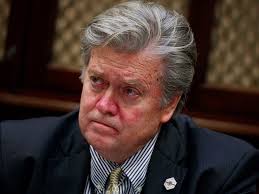 So, Steve Bannon voluntarily appeared before the House Intelligence Committee, offering to answer their questions. He brought his lawyer as would be expected, but that evolved into a situation where his lawyer was calling White House attorneys, getting permission to answer each and every question. Before it was over, the White House had exerted Executive Privilege on conversations Bannon participated in during the transition (before Trump was the Executive). While Bannon worked in the White House. Even after Bannon was fired and no longer officially associated with Trump. This was an assertion of privilege that far exceeded anything ever claimed before. Despite being issued a subpoena on the spot, Bannon could not be persuaded to answer questions, promising however to answer all questions from the Mueller probe which has also issued him a subpoena.

But that isn’t the worst of it. It seems the White House had negotiated a deal with the House Intelligence Committee limiting the scope of the questions and when the questions began to exceed the pre-arranged limits, the White House shut it down. I should add that the Democrats on the committee were unaware of the secret arrangement, allowing the Republicans to continue to protect the President which has always been their goal. Republican leaders on the same committee have been actively trying to find out everything Special Counsel Mueller knows, presumably to leak the information to the Trump team. 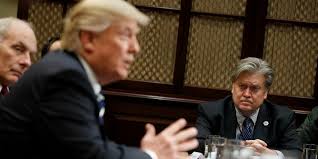 In a related story. Former Trump Campaign Manager Corey Lewandowski testified today before the same committee. Although he promised on Fox News he’d be answering any and all questions. It seems he too got non-responsive when it came time to actually give answers.

Before the interview was shut down, Bannon did reveal he had been in discussions with Reince Priebus, Sean Spicer, and Trump outside lawyer Mark Corallo about the June 2016 meeting Donald Jr. held in Trump Tower with a Russian attorney. 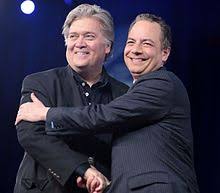 Of the things, we do know, Bannon hoods a grudge against both Jared Kushner and Donald Trump, Jr. We don’t know how he feels about the man who fired him, who has recently tried his best to throw him under the bus. Bannon has a story to tell and seems more than willing to tell it… to the right audience.