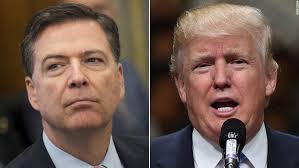 The first rule of obstruction is that you don’t talk about obstruction. When Donald Trump went to FBI Director James Comey to ask him to drop the investigation of Michael Flynn. He talked about it. He told Reince Priebus, then his Chief-of-Staff, who made handwritten notes which are now in the hands of Special Counsel Robert Mueller.

The new book written by Michael Wolff quotes multiple Republicans from his own staff and alleged close friends, that describe Trump as “stupid,” a “moron,” and an “idiot.” They were right!

Stringer Bell (played by Idris Elba) was the 2nd in Command of Avon Barksdale’s criminal organization in the fictional TV series, “The Wire.” Unquestionably one of the top-five television series of all time. Watching the current situation of retired Lt. General Michael Flynn play out. There’s a number of things he could have learned from Stringer and here’s six of them:

Although Flynn was once the Director of the Defense Intelligence Agency. He apparently didn’t acquire any of the street smarts to navigate the madness of Trump world. He’d have been better served to have watched a few episodes of The Wire. Michael Flynn may feel he doesn’t deserve to be in the situation he finds himself in. But as Snoop from the wire could have told him, “Deserve got nothin’ to do with it.

Flynn’s best response to his predicament might be similar that of State Senator Clay Davis, “Shiiiiiiiiiiiit!”

“The SJW (Social justice warriors) are out in full this morning, the disappointment on your faces when I don’t go to jail will be worth all your harassment.”

Michael Flynn, Jr recently tweeted these words and they may very well be true. His father, Michael Flynn, former National Security Advisor to Donald Trump, plead guilty to charges of lying to the FBI. It’s part of a deal where the Sr. Flynn was not charged with several other offenses for which there was evidence, in return for cooperating with Special Counsel Robert Mueller and providing everything he knows about the Trump campaign, transition team, and administration and their dealings with Russia. Part of the deal seems to be that his son will not be charged. It’s possible that the whole impetus for Flynn was to save his son.

Michael Flynn spent 33 years in the US Army, achieving the rank of Lieutenant General, serving all over the world. Like many career officers, he spent much of that time away from home. I won’t speculate about the relationship between Flynn and his son’s. He is close to Michael Jr and a bit distant from his other son Matt. It is Michael Jr who he made CEO of his company and who he’s potentially saving from jail.

Michael doesn’t appear to be the most appreciative of sons. He’s the same one that tweeted and retweeted racist memes. His father brought him into the transition team until his conspiracy theory tweets got him ousted. He may not have noticed that the price of his freedom was a felon for a father who may still face jail time. 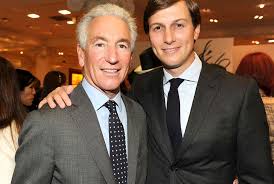 Charles Kushner isn’t your average family man. In 2004 he pleaded guilty to a tax fraud scheme, claiming hundreds of thousands of dollars in phony deductions. He also retaliated against someone he believed to be a cooperating witness, his sister. He set up his brother-in-law with a prostitute. Had pictures taken along with videotape, and sent them to her as payback. He also made illegal campaign contributions in the name of others without their knowledge.

Jared Kushner was a Harvard student at the time and found he had to step up and take a larger role in the family business. He visited his father regularly during his two years in prison. He didn’t blame his father, he blamed the media, making him truly fit for the Trump family and administration.

Jared now is facing the real prospect that his three children; Arabella, Joseph, and Theodore, will soon have to visit him in a Federal prison. The crime Michael Flynn pleaded guilty to was lying to the FBI. It is likely that Jared has already done at least that, without even considering the financial crimes he may be tied to with Russian mobsters. General Flynn has been charged with only one count of lying to the FBI because he has become a cooperating witness, presumably against a bigger target. Should Jared wish a similar sentence, there’s only one larger target in the White House. His father-in-law, Donald Trump.

It’s not a compliment, but Donald Jr is seen as the brighter of Trump’s sons. Not bright enough to have kept from arranging and attending clandestine meetings with Russians. Some including Michael Flynn and Jared Kushner. “Donnie” has a habit of saying the wrong thing at the wrong time and the likelihood that he hasn’t lied to the FBI already is slim indeed. He strikes me as having the arrogance and pretentiousness to believe he’s too smart to get caught. I think I’ll bet on Mueller. His father has been able to cover up his son’s poor judgment in the past. Bad real estate deals in South Carolina, homophobic comments and more. In what seems like a trend, he’s also retweeted Neo-Nazi and skinhead memes to his like-minded followers.

The question is, will his father be willing to make the same kind of sacrifice that Michael Flynn made for his son? Is there any suggestion that Donald Trump has that kind of love for anyone besides himself? My bet is that Trump will let every member of his administration including sons, daughter, and son-in-law, take a bullet before he acknowledges any wrongdoing. It’s not in his DNA. 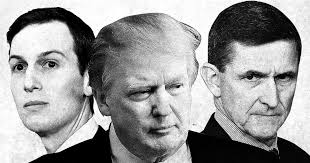 The tempo of the Mueller investigation has picked up. Fathers and Sons are having to make choices they’ll have to live with for the rest of their lives. After pleading guilty in Federal Court, Michael Flynn went directly to his son’s home. Jared Kushner and wife Ivanka, have silently left Washington, DC and returned to New York. Mueller knows where they are. Donald Trump, Jr has been silent today as has his father. The elder Trump skipped a meeting with the press and is reportedly fuming in the White House over Flynn’s betrayal. He hasn’t tweeted a solitary thing. Family bonds are being tested, another type of bonds, bail-bonds, may soon be needed as well. 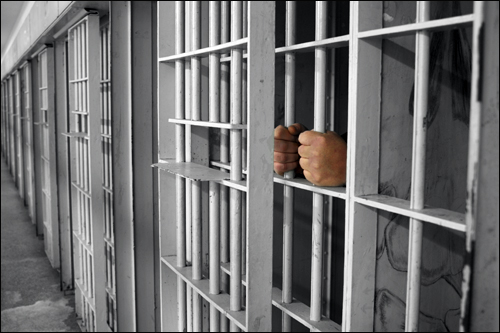 Grand Juries are impaneled, subpoenas have been issued, testimony is being given, two men have been indicted and another has pled guilty. His sentence, however, may be as little as zero because he is providing evidence against others. My question is, “Who will be the first to actually go to jail?” 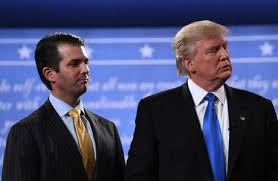 Take the poll and we’ll see how it compares to the actual results:

You can only vote once but feel free to come back and check the results. Please share!

As the scandals swirl around Trump and the Hunger Games are about to begin. These are the questions that have started to be asked but are nowhere near answered. Even after his already unbelievably bad day. This is what I still want to know: 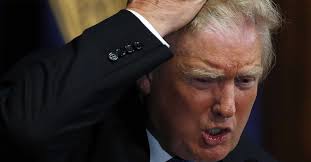 As bad as The Donald’s days have been of late. This one is like begging of the bad. He’s running out of distractions and family members to give jobs at the White House. He can run but he can’t hide kind of day! Such a bad day there will undoubtedly be a part two. Here’s the early edition.

Donald Trump had a bad day today while doing little personally. The dishonest media and the Intelligence Agencies have apparently conspired to whip that ass. Republican Congressional support is waning and expect another disappearing act tomorrow.

Not a good day. Forecast for Trump tomorrow: Hurricane Winds! 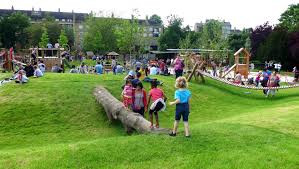 For a while today. I forgot about politics. I spent most of the day around children. Two of my children, their children, other people’s children.

One of my granddaughters had a birthday party. Her fifth. The big worries were about gift bags and presents. One granddaughter just lost her first tooth. The Tooth Fairy brought her a dollar. She spent the morning before the party, playing with her cousins. There were no indoor voices. There was an incident involving Vaseline where it ended up in the hands and hair of all three. Along with the hair and clothes of two dolls. I learned about “Shimmer & Shine”! These were the issues of the day.

The party was at a local park. There were other birthday parties going on. Dozens of other children were there. Black, White, Yellow and Brown. Children ran and played. Climbed and swung. I saw balloons and streamers, heard sounds of joy. And then I remembered…

I remembered Trump, Bannon, Sessions and Flynn, Giuliani. I remembered a Wall, Muslim bans, the end of Voting and Civil Rights. I thought about the children before me. Wondered about the world they would grow up in? 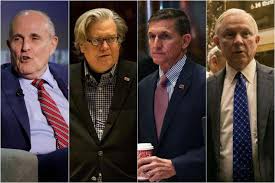 The fight isn’t over it just begins. What I might have learned to accept for myself I will not for the children. They deserve better. We all do! Today was a day off from the fight. Tomorrow I begin anew. For the children.