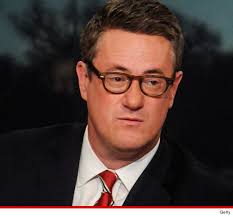 I just watched a segment of your show about the new voter laws being passed by Republican states and it was the biggest display of either insincerity or ignorance that I’ve seen on your show (or anywhere outside of Fox News). Let me start by saying that the visual of those engaged in the discussion differed little than that of Darrell Issa holding a subcommittee hearing that discussed women’s issues with no women present which your show heartily condemned.

I would credit you for asking the question is there anything more to these laws than asking for a simple photo ID but you lost anything you might have gained by not having anyone that could/would answer the question. You basically summed it up by saying that what’s being asked is reasonable and made yourself an apologist the Republicans seeking to inhibit minority and youth voting.

Since your panel was unable to come up with anything except some mumbling reference to the unequal (I started to say discriminatory but nothing that strong was uttered) impact on minorities I thought that I, simply an average citizen would assist you.

In Texas, one of the lawsuits by the Justice Department was to prevent a redistricting plan already found discriminatory in Federal Court. The day the teeth for enforcing the VRA was struck down, the Texas Attorney General announced they were moving ahead with the redistricting and all the voter ID laws.

In North Carolina, Republicans having taken control of all the local election boards, denied a Black student at Elizabeth City State University the right to run for local election by stating his on campus residency didn’t constitute a local residence. The criteria to run for office is the exact same as to vote in that part of North Carolina. The chairman of the county Republican Party has announced his plans to challenge the students at the predominantly Black college to stop them from voting. Students at a nearby predominantly White bible college in the same district are facing no challenges. The same chairman promised to take his show “on the road” to other state colleges and universities and if past is prologue, starting with the historically Black colleges and universities.

In all of the states in question, states are reducing early voting days, eliminating Sunday voting, reducing early voting hours, restricting voter registration, they’ve instituted mass purging of voter rolls for having names similar to felons (think Hernandez or Garcia). Of the acceptable forms of ID, a gun registration is often valid but a State issued college ID is not.

I really could go on and on which amplifies the shame that nobody on your show could do the same. To paraphrase a popular saying, “If you don’t know, you better ask somebody that does!”