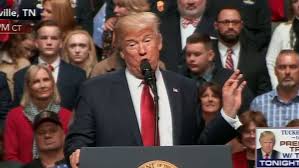 I was watching a news program this evening when they broke in with live coverage of Donald Trump’s speech/rally in Nashville, TN. I went to college in Nashville and have a feel for the community. Had I spent all my time on the campus of the HBCU I attended (Fisk University) I might have had a skewed perspective but I spent a lot of time in the city. I spent three summers in Nashville and was dragged by my Assistant Basketball Coach to every nook and cranny to play in summer leagues and pick up games. I spent time in tiny Portland, upscale Brentwood and Green Hills, West End near Vanderbilt, rough South Nashville and a number of other college campuses that were as predominantly white as Fisk was mostly black.

Nashville was definitely “The South” which was made clear to me the first meal I had in a city restaurant when the waitress walked up and said, “Can I help ya’ll,” in a drawl that seemed almost a parody of how I imagined Southerners talked. I remember my first visit home to Minneapolis where I was born and my friends let me know I had acquired a Southern accent. I personally experienced almost no racism during my four years in Nashville. My perspective was perhaps unique because I was a basketball player. A friend of mine said we couldn’t go anywhere without being recognized. I was tall and despite my gentle demeanor, physically imposing . I wasn’t the likely candidate to be confronted randomly with verbal or physical abuse.

I know people in Nashville that are now part of the establishment. Lawyers, ministers, doctors, judges, businesspeople. I didn’t really expect to see any of them in the Trump crowd but was amazed at what I did see. Standing together, just a couple rows behind the President as he spoke were several young men similarly dressed in dress shirts and ties with either a sports coat or jacket. One in particular wore a brown jacket eerily similar to those worn by the Hitler Youth of another era. 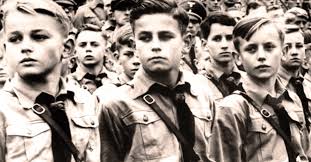 I was transfixed watching them as they cheered every Trump statement. One on my right was always looking around to see who could see him in his prominent place directly behind Donald Trump. When Trump referred to the power of the President in the area of immigration. He mentioned that he… or she had certain powers. He added, “Fortunately it isn’t she Hillary Clinton!” On cue, the “Trump Youth” burst into a chant of “Lock her up!” which caused the President to turn, face them, and smile.

I’m fairly certain the people placed directly behind the President at a rally are not there accidentally. Their attire was not coincidental. They were all clean shaven with rather similar hair. I scanned the rest of the crowd with their red hats as they booed news the Muslim Ban had been blocked again by a Hawaii judge. I turned back to the line of youth and wondered where they would be a year from now? Where in ten? The better question perhaps is what will they be? Will they be teachers, elected leaders, law enforcement officers or judges. I wondered what their parents will think when they inevitably see the video of their sons? 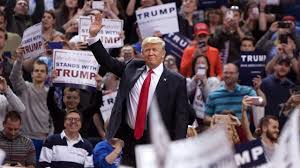 I went to the Internet to see if pictures were available yet to include with this post. There weren’t, but I stumbled on a live YouTube feed of the speech and wondered if I could grab a screen shot. To the right of the screen was live feedback where people could post their comments. The running feed was all hatred and vitriol. Mostly from the right but occasionally from the left as well. Many were glad there was “no longer a nigger in the White House.” One commenter referred to Trump supporters as “the Klan.” The reply was, “Damn right we’re the Klan.” The comments were scrolling by almost too fast to read. The general theme was unmistakeable. 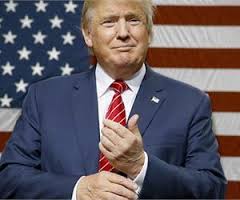 I don’t blame Donald Trump for what is happening in America. He didn’t cause this divide, nor did his predecessor Barack Obama. Each in their own way, Obama by existing and Trump by exhorting his base; exposed America and it’s racial warts. I fear for America because I see the immediate future getting worse before it gets better. As Donald might tweet… #Sad!