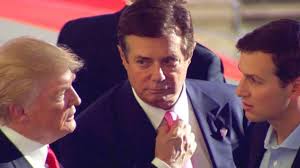 The White House and friends are officially throwing Paul Manafort under the bus in hopes that we’ll forget about all the rest that colluded with Russia and committed untold financial crimes.

Corey Lewandowski, a former Trump Campaign Manager, said this, “I think if anybody, and I’ve said this, if Paul Manafort, Roger Stone, or Rick Gates or Carter Page, or anybody else attempted to influence the outcome of the U.S. election through any means that’s inappropriate – through collusion, coordination or cooperation – I hope they go to jail for the rest of their lives.” 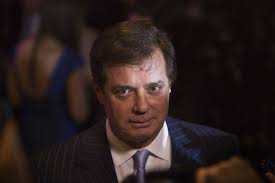 Vice-President Mike Pence said of the man perhaps most responsible for his selection, “We’re just going to let this process go forward.”

Many White House insiders are privately conceding the mountain of known evidence against Manafort is insurmountable and have chosen to disown him, suggesting there’s no way out for him.

The problem for the White House is, Manafort was not an island and often acted with Donald Trump, Jr. and Jared Kushner in his Russian dealings and we have no idea at what level the President himself was involved? With Manafort facing indictment (as has been reported widely by multiple news outlets), the question is, who will go down with him?

Without knowing the man and looking at his proclivity for fancy suits and fine dining. I have no sense at all he’ll do well in jail. I have little doubt that if he has bigger fish to offer up, he’ll do so in a heartbeat. Racing to beat disgraced General Mike Flynn to the witness stand to tell all he knows.

White House insiders are even willing to accept there may have been some degree of collusion with Russia, pointing at Manafort while ignoring the elephants in the room including Donald Trump’s son and son-in-law. The question no longer seems to be “if” someone is going down. But who and how many?