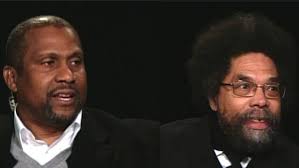 Like the crabs in a barrel that allowed none to escape by clawing at each other and bringing each other down. There is a group of intellectuals, real and otherwise whose existence seems based on attacks on others, some they once purported to admire.

Some of them like Cornel West, have legitimately carved out a place in history for themselves, contributing greatly to the understanding we have on matters of systemic racism and African-American culture. In 1992, Dr. West wrote what some refer to as the bible in terms of discussions on race, “Race Matters.” Later, in 1996, when he still played well with others, he co-authored a book with fellow Harvard professor Dr. Henry Louis Gates Jr, “The Future of Race.” 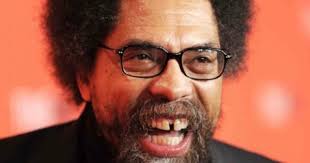 Twenty years ago, West was in his prime. Some feel he may have coasted since then, living off his once deserved reputation and the title Gates once gave him, “the pre-eminent African American intellectual of our generation.” It’s apparently a title West is not willing to concede to any other, without attempting to drag them down and deny their accomplishments. There is only room for one on his pedestal.

Cornel West, along with sidekick Tavis Smiley. Spent eight years on their Attack Barack Obama Tour. Spurred on by the failure of Obama to obtain Inauguration tickets for West’s mother and brother (West himself got a ticket). West accused his “brother” Barack of betrayal, saying he had, “no sense of gratitude, no sense of loyalty, no sense of even courtesy, sense of decency, just to say thank you.” He asked, “Is this the kind of manipulative, Machiavellian orientation we ought to get used to?” 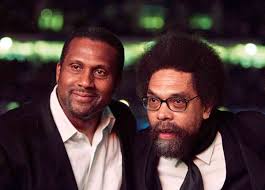 Tavis Smiley, at that time a PBS radio host, said Obama was the first President during his professional career not to invite him to the White House. He didn’t appear on Smiley’s radio or television programs and felt dismissed and disrespected. Smiley and West went on a 15-city tour based on the perceived failings of Barack Obama. They were regulars on Fox News where their hatred found a welcome host. Smiley refused to accept Michelle Obama as a guest at a symposium he sponsored because the President declined while campaigning for re-election elsewhere. Smiley has problems of his own now, having lost his PBS job after multiple accusations of sexual harassment. Smiley has made the rounds of TV shows to proclaim his innocence, that is a subject for another time. 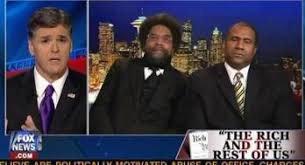 I do not make the case that there are no legitimate criticisms of the Presidency of Barack Obama. There are many things I would have had him do differently, yet I can simultaneously recognize his many accomplishments. We never realized how many until Donald Trump made it his mission to try taking them away. What I fault is that these two men literally made their living for a period of years based on the criticism and deconstruction of another black man. They attempted to tarnish his legacy and blame him for not eradicating the nation’s ills, while the stood by sniping.

Unfortunately, West and Smiley are not alone. There are a group of haters out there who seem to have met no living black persons worthy of their respect. They’re good with Malcolm, Martin sometimes and recognize a few others whom they credit for having contributed to the cause. They are the sole arbiters of who has put in sufficient amounts of the kind of work they find admirable before they died of course which no longer made them competition.

Since President Obama completed his two terms, West perhaps became tired of writing articles about Barack’s tarnished legacy and moved on to attacking Ta-Nehisi Coates whose books, essays and articles have gained him recognition as one of America’s premier thinkers on matters of race. It is a title West may have thought was stepping on the one he was given over twenty years ago. West was facing degrees of backlash for his Obama persecution and was now losing his place in academia. Ta-Nehisi Coates once looked up to West who influenced many of his own ideas about race. Rather than engage in a Nicki Minaj/Remy Ma like beef in public. Coates shut down his Twitter account with over a million followers, writing, “Peace, Y’all, I’m out.” We all lose a little when the supposed best of us try to bring down the rest to support their own egos or bank accounts. 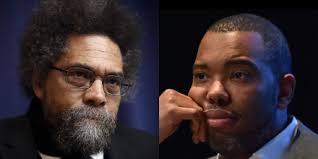 Let us not forget we’re all in this barrel together. More akin to fish in a barrel as Trump, Sessions, et al., are eradicating our rights, sometimes literally shooting at us and they attack those who would give it a name. If you are supporting bloggers, authors, speakers and others whose body of work is a compilation of diss tracks. Please consider giving your support elsewhere. Peace, Y’all, I’m out!

3 thoughts on “Cornel West, Tavis Smiley, And Other Haters In The Barrel”